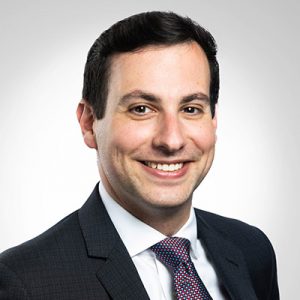 Jonathan Weg is an Associate in the Litigation Department.
He represents corporate and individual clients in all phases of civil litigation in the courts of New York and New Jersey. Mr. Weg has experience in complex commercial litigation in the financial, construction, real estate and aviation industries. Mr. Weg works out of the firm’s New York office.